RS2818RP+ is an ideal storage solution for small- and medium-sized businesses with great flexibility in terms of expandable storage capacity, upgradable memory and optional high-speed NIC support. It fits perfectly as a backup target for distributed businesses, a centralized file server, or a backup target for employee workstations in a growing business.

RS2818RP+ provides large, scalable storage capacity with affordable total cost of ownership. The 3U chassis design accommodates up to 16 drives and the storage capacity can be further scaled up when connected to one Synology Expansion Unit RX1217 or RX1217RP1, providing a total drive count of 28 without disrupting host services.

RS2818RP+ integrates various backup applications to safeguard your important data on any device with an intuitive user interface and durable storage technologies.

Centralise backup tasks for VMware, Windows, and file servers. Restore whatever you want fast and reliably when needed. 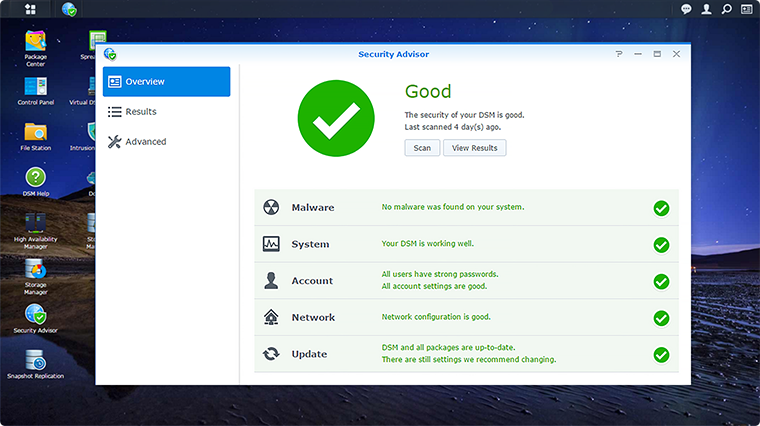 Customise the trust level in Package Center to avoid installing packages from untrusted sources, safeguarding your NAS from unknown or tampered package files.

Backup and synchronise data easily between your public cloud accounts and your NAS.

Simplified backup solution for your Mac, PC, and mobile devices.